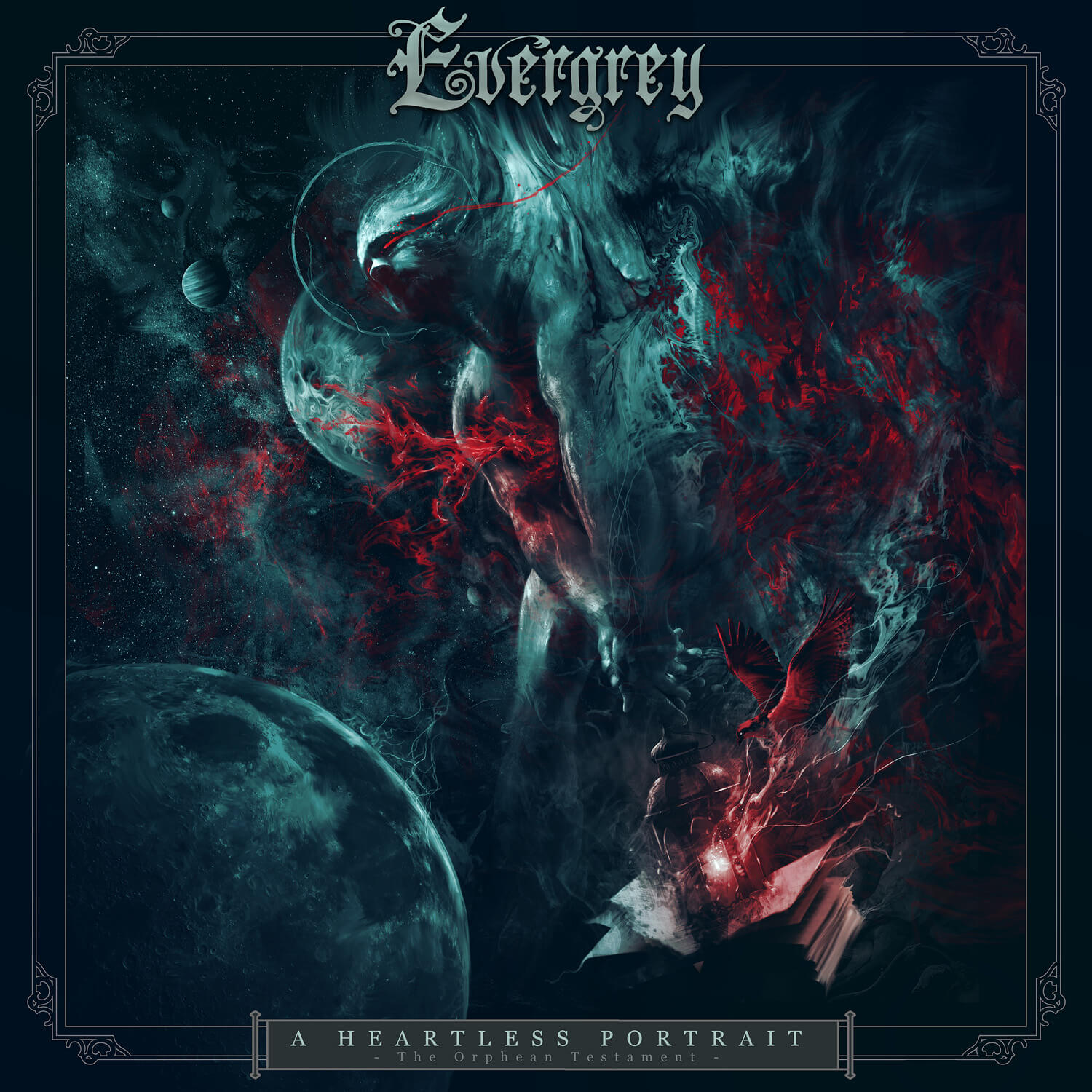 A new era of EVERGREY:

Gothenburg’s finest export of darkness, EVERGREY, enters an astonishing new chapter in the band’s history with their thirteenth studio album and Napalm Records debut, A Heartless Portrait (The Orphean Testament), to be released on May 20, 2022. This overwhelming journey through progressive heaviness and searing emotionality is repeatedly accented by sonic melancholy and gripping lyrics – leaving the listener speechless and re-cementing the Swedish five-piece at the top of the scene without a shadow of a doubt!

Celebrating over 25 years of metal mastery, EVERGREY, led by founder, singer and guitarist Tom S. Englund, are known for wandering the realms of progressive and heavy melodic metal and painting sonic renderings with their twelve studio records released as of today. Now, the follow-up to the unit’s highly successful 2021 full-length, Escape of the Phoenix (which landed at numerous chart positions worldwide), reveals a 10 track mélange of which every note, every riff and every word seeps pure poetry – creating a ceaseless intensity that mesmerizes from the very first second. A Heartless Portrait (The Orphean Testament) impresses with flawless, meticulous production that deftly depicts both heartfelt honesty and scorching metallic intensity, while its instrumental force of furious, technically driven riffs, skyrocketing solos and dramatic synths merges with the expert, brooding vocal performance of Englund – one of the most distinctive vocalists in metal. He skillfully balances harsh and heavy tones with an inarguably soulful approach, all topped by melancholic, thought-provoking lyricism that digs deeper with every spin, leaving a long-lasting impact.

Pounding opener “Save Us” reflects everything the album stands for, as it kicks in immediately with stunning guitar work and unveils a chorus sure to top the annals of EVERGREY history! To spice things up even more, EVERGREY invited their fans to join them on this special track and recorded hundreds of voices that ended up on the final result. Songs like “Midwinter Calls”, which also contains fan participation with atmospheric audience recordings from the band’s latest tour through Sweden, and “The Great Unwashed”draw the listener in with grooving, glistering instrumentation, flowing between boisterous dynamics and a next level vocal performance, while emotive “Wildfires” turns the volume down as a goosebump-worthy ballad that hurts and heals all at once. “Call Out The Dark” begins atmospherically with accented keys, suddenly evolving into an intense opus of symphonic and power metal attributes in the blink of an eye, whereas the record’s longest track, “The Orphean Testament”, impresses by revealing its heaviest facet. A sensitive introduction lures the listener into “Heartless”, and offers one of the album’s most engaging verses, followed by a hauntingly beautiful chorus and variety in pace to create a magnificent listening experience.

A Heartless Portrait (The Orphean Testament) is a striking testament to the fact that while the Swedish five-piece doesn’t need to prove anything to anyone at this phase, they still impressively showcase that, after over 25 years of existence, their creativity sees no bounds – dropping yet another sensation within their impressive catalog!

Here you will find shop exclusive items not sold anywhere else

For additional items, vinyls and merchandise

If you want to order our older albums

We use cookies on our website to give you the most relevant experience by remembering your preferences and repeat visits. By clicking “Accept All”, you consent to the use of ALL the cookies. However, you may visit "Cookie Settings" to provide a controlled consent.
Cookie SettingsAccept All
Manage consent

This website uses cookies to improve your experience while you navigate through the website. Out of these, the cookies that are categorized as necessary are stored on your browser as they are essential for the working of basic functionalities of the website. We also use third-party cookies that help us analyze and understand how you use this website. These cookies will be stored in your browser only with your consent. You also have the option to opt-out of these cookies. But opting out of some of these cookies may affect your browsing experience.
Necessary Always Enabled
Necessary cookies are absolutely essential for the website to function properly. These cookies ensure basic functionalities and security features of the website, anonymously.
Functional
Functional cookies help to perform certain functionalities like sharing the content of the website on social media platforms, collect feedbacks, and other third-party features.
Performance
Performance cookies are used to understand and analyze the key performance indexes of the website which helps in delivering a better user experience for the visitors.
Analytics
Analytical cookies are used to understand how visitors interact with the website. These cookies help provide information on metrics the number of visitors, bounce rate, traffic source, etc.
Advertisement
Advertisement cookies are used to provide visitors with relevant ads and marketing campaigns. These cookies track visitors across websites and collect information to provide customized ads.
Others
Other uncategorized cookies are those that are being analyzed and have not been classified into a category as yet.
SAVE & ACCEPT